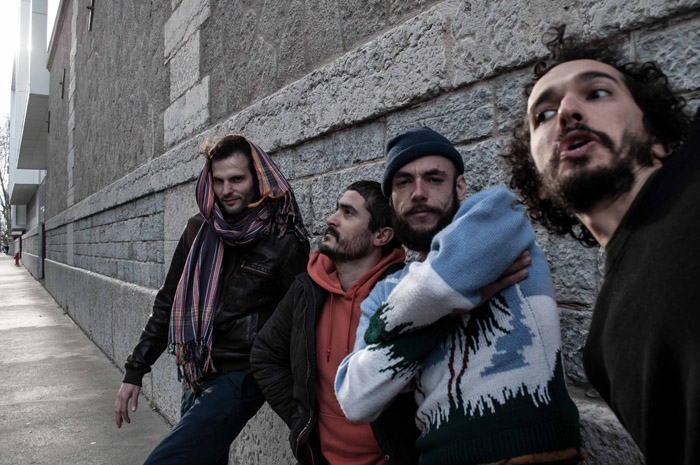 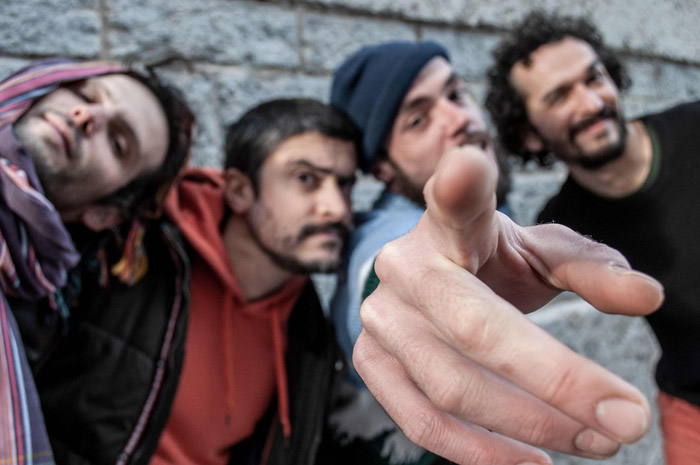 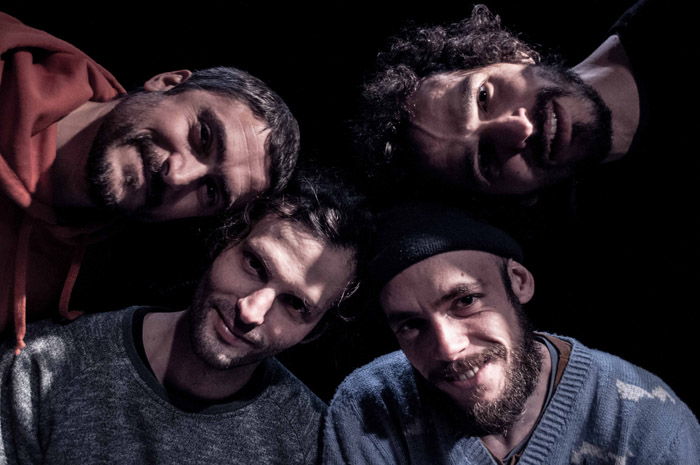 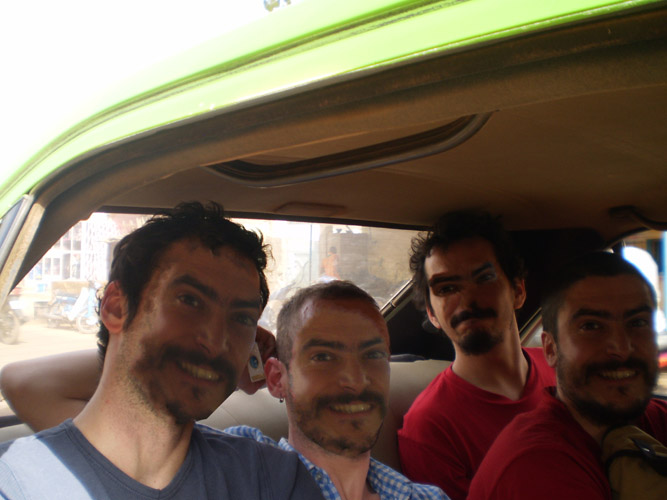 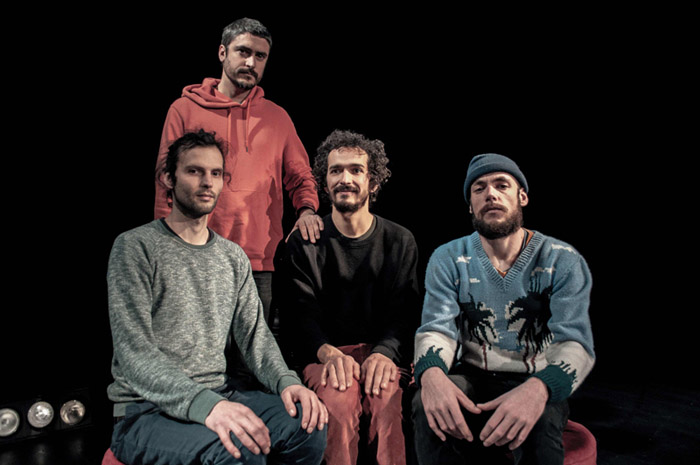 Apparent comfort full of impression should be kept in our ears, beyond explanation. Kinda sarcastic and stimulative creation must be fine for every progressive rock freak yuppie … addiction, it’s real addiction.

CHROMB!’s music is heartfelt more than brain-made, has no prohibition and is the prisoner of no specific style, even if owing a lot to John Zorn, The Residents and Soft Machine.

It’s fully assuming same love for catchy pop and fat noise, stealing jazz its freedom, rock its energy, and all kind of deviant musics their insanity, in order to build a fat mutant sound, with melodies, screams, silence and weirdness inside.

CHROMB! makes its own music, preferring continuous renewal to stabilizing labelling; the quartet’s fuel is a mixture of inventiveness and generosity, which has been spreading over the last ten years on a variety of stages, from international festivals to places of underground culture. CHROMB! is a member of Dur&Doux, a collective/label dedicated to unclassifiable music based in Lyon.

CHROMB!’s discography shows its openness: while album “I” (2012) laid the supersonic foundations of the band through open and collective writing, its successor “II” (2014) digested the dense and electric energy of intensive touring. Next comes “1000” (2016), a dense and labyrinthine album where hyper-writing and vocal polyphonies are integrated into the band’s favourite ingredients.

In 2019, CHROMB! launches into the writing of a new repertoire populated by synthetic insects and traversed by an insane energy: the writing leaves as much room for irresistible riffs for the body as it does for the slow development of sound masses that speak to the skull, stealing the energies of the freest music, whether experimental or danceable. “Le Livre des Merveilles”, echoes the travel stories of Gervais de Tilbury (1150-1218): there are songs that tell, and instrumental pieces that evoke, with a slowness and sound places that the band had never visited before. Alongside the concerts and records, the band will also be rubbing shoulders with the live drawing concert in the company of Benjamin Flao from 2015 to 2018.

This time it's Lucas who's doing it. You know Lucas Hercberg, your favorite bass player of Chromb! and Rien Faire. Bye now. Spotify | YouTube