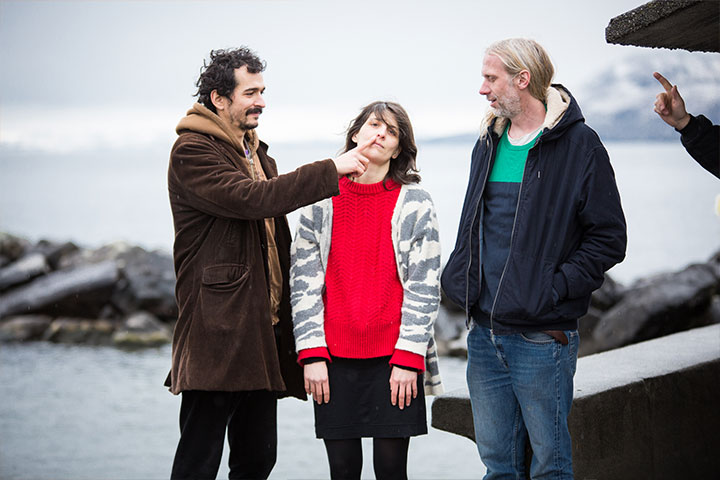 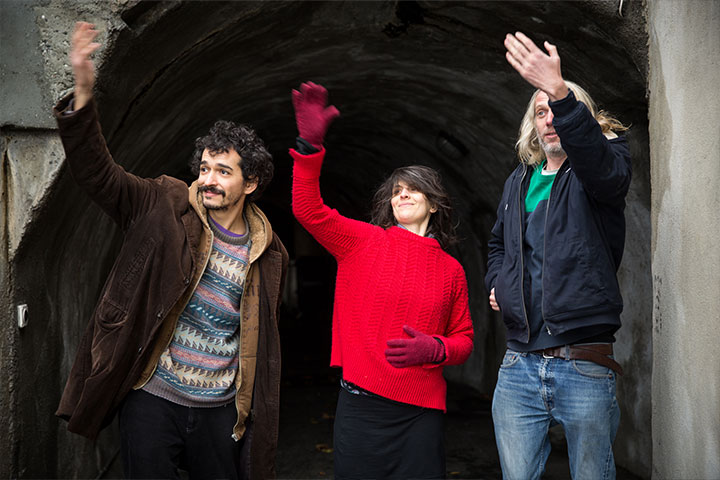 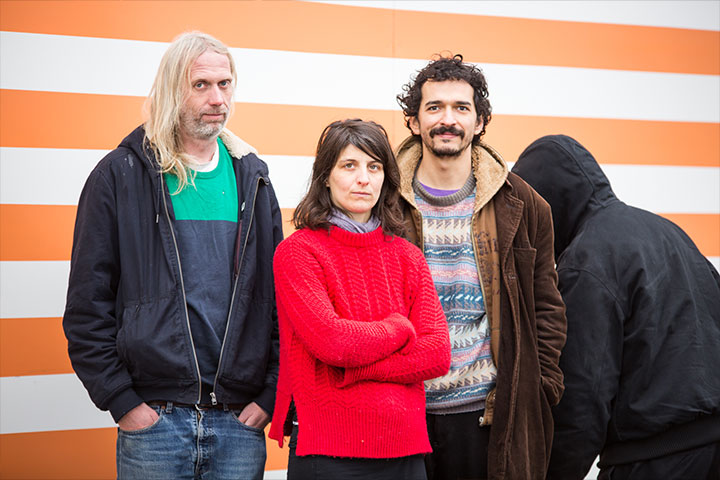 This is a light, mocking and sunny record, with lots of breathing space. An imperfect but charming Pop-In-Opposition album, keeping the creativity flame burning high. Recommended for the open-minded.

Two years after «Rien Faire», their first eponymous album, the trio (bass, keyboards, drums, vocals) from Lyon delivers their latest contribution to the revival of songwriting made in France. Nine small surrealist poems whose soft consonant sounds blossom through falsely naive melodies and which, in spite of their complexity, resound like so many evidences. A pop of goldsmith coiled in a rough and noisy case considering the stripped arrangements, borrowed of roughness and of a gracious beauty.

Raw sophistication. Economy of means. The Rien Faire don’t make a big deal of it, the songs are enough by themselves. A noisy rictus, an elusive bass line, a vocal harmony with solar accents: each ingredient keeps its own flavor without being totally melted in the mass, getting to the whole a sometimes disconcerting freshness. But as often in the productions of the label Dur et Doux, it is better to abandon its projections to be carried by the musical proposal. Because if by certain debonair aspects, we imagine very well our three acolytes sitting in circle on the beach modelling some sand blocks with the strange contours and being ecstatic in front of the evocative power of these spontaneous realizations, we detect with the wire of the listening of Peuple this will, oh so worked, to be constantly «on the wire». Between experimental song, dada rock and yéyé a little destroyed, Rien Faire draws – in a conscious way or not – the contours of a pop music of which we all dreamed.

Rien Faire releases the single and its clip 'Le sel de guirlande' from its album 'Peuple' to come on February 3rd. YouTube | Streaming

This time it's Lucas who's doing it. You know Lucas Hercberg, your favorite bass player of Chromb! and Rien Faire. Bye now. Spotify | YouTube

They have not been idle! Here are the spring releases: We are happy to present you at Dur et Doux the new album of Bess of Bedlam (the 2 buddies of Odessey & Oracle), Dance Until The Crimes End. It's sweet, sophisticated, folk pop and also sometimes psychedelic....