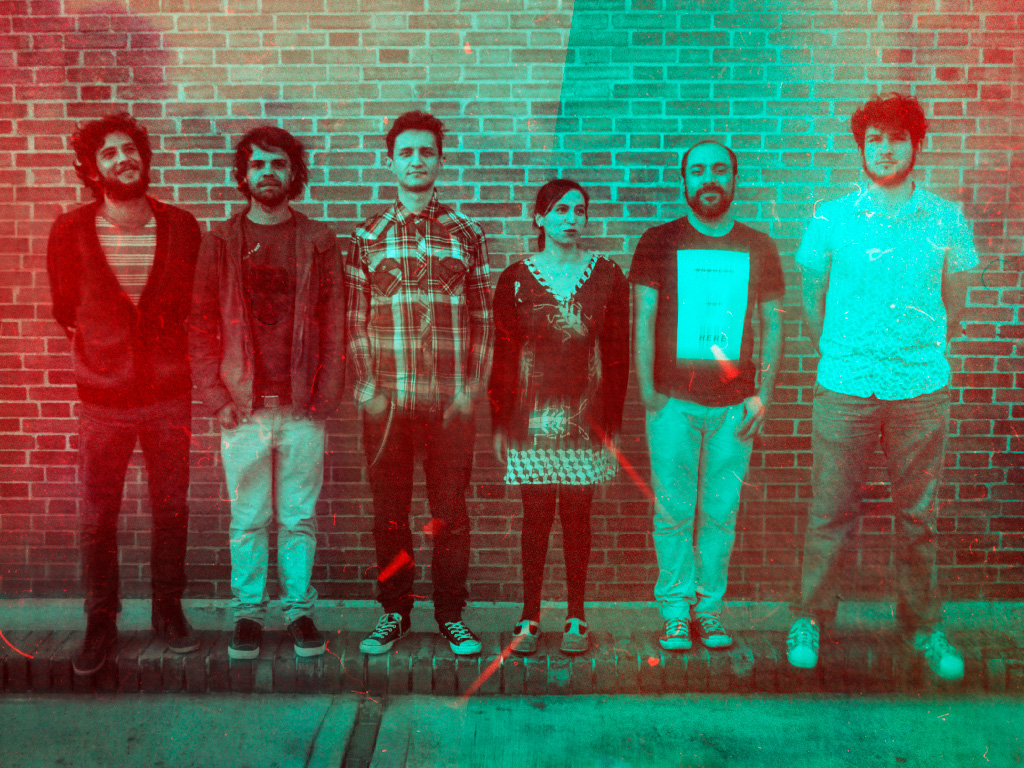 Mula – Resiliente is out on vinyl!

We are MULA, a collective of musicians that for 9 years have been playing together. We are from Bogotá, Colombia. And we are extremely happy to be part of the Dur et Doux family, also we are happy that one of our most beloved recordings “Resiliente”, the one that kind of shaped our sound as a band is re released in vinyl via this amazing label. Because of this today should be a day of joy.

Sadly the situation in Colombia right now doesn’t enable us to feel complete joy and happiness.

We are in the middle of a socio-economic and political crisis. Since the 28th of April 2021 people have been protesting in the streets against the current government.
These protests do not seem to be explained solely by the popular discontent expressed against the announcement of a tax reform promoted by President Ivan Duque. Although the rejection of the tax imposition in these times of massive unemployment and economic hardship is understandable, what has caused the most anger in the population of the country is the level of violence and police brutality demonstrated by the government since the protests started.

Between 28th of April and 5th of May there have been 1708 cases of police violence, 381 victims of physical violence inflicted by the police, 31 deaths, 1180 illegal and arbitrary arrests against protesters, 239 violent actions from the police and military forces, 31 people with eye injuries, 110 gunshots (lethal firearms) from the police, 10 victims of sexual assault by members of the police force and 87 cases of enforced disappearance during the protests.

Not even the statement some days ago by the president of Colombia announcing that the tax reform bill would be withdrawn has served to mitigate the people´s anger, and for a good reason. That tax reform was just the drop that spilled the glass, it exists many reasons for protesting, Colombia´s tributary laws do not have a sense of justice and equity, a horrible health reform its on its way, the systematic killing of social leaders around the territory by paramilitary armies (sometimes with the knowledge or help of the government, police and the military), the massacre of children, the constant bullying of the political class towards the people they should work for an incompetent president that is the puppet of darker figures lead by former president Alvaro Uribe Velez. narcos and paramilitary, high levels of corruption and the poor management of the covid 19 pandemic that has taken the Colombian people to an economic and social crisis, are a just a few of the reasons for to people to protest.

The sense of fear is a constant now. Local media is biased, we feel kidnapped and terrorized by our so called leaders. The government is killing us.

We would like to use this window of opportunity, to raise awareness about this situation. Please share and spread the news, and if you can help, there is a gofundme link that you can visit to help the first line of protesters

Thanks for your support and thanks for paying attention to our music. Despite the current situation, there is a beautiful ray of light that emerges through amazing people like Clement, Judith and bands like Ni and Poil, friends that have shown support and deep love. We are happy that we can still resonate, we believe music creates magical artifacts that heal.

Resiliente is a noisy album, infused with doses of free jazz, melodic fragments, blasts, drones and heavy saturated textures. Originally released in 2017 on Matik Matik discos, it is being released for the first time on vinyl in 2021 by Dur et Doux.

In this opus, the noise band from Chapinero (a district of Bogota) Mula operates a break and opens the field of an emancipated noisy free jazz where distortions reinvent the imaginary and the instruments (electric bass, tenor sax, alto and baritone the clarinet, guitar, drums and keyboards).

Between irony and provocation, Mula‘s jumble incorporates samples in German and Spanish, field recording, splashes of guacamole recipes: “guacamole without spice is like love without desire”, verses from the father of Rasqa’s creator, Mr. Edson Velandia. It transports us in an intergalactic anti-poetic journey to the era of the end of reason.

The album contains a subliminal tribute to the Colombian bassist Humberto Monroy and the current theme of El maravilloso mundo de Ingesón (1968), “If war is good business, invest in your children”, and numerous evocations of bands such as Supersilent, Swans, Behemoth, Sonic Youth, José José and Diomedes Díaz.

Anti-patriarchal, anti-aesthetic and anti-conformist, Mula fits into the cartography of bands in the Latin American region and represents a radical and urgent accent against the fragile social neuroses that creative music fights with crudity and sincerity.