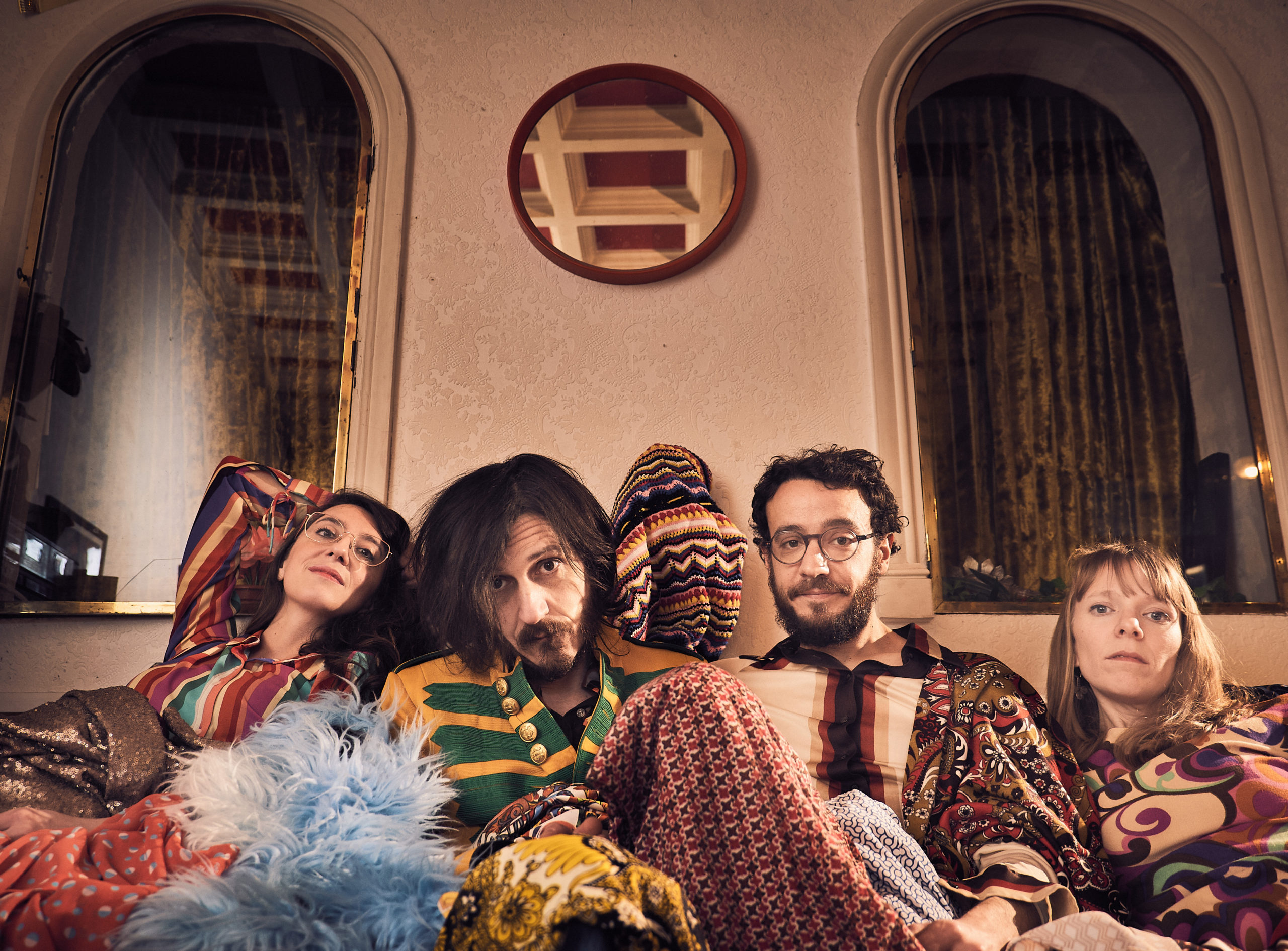 On the occasion of their concert at the Périscope on June 24th, the baroque pop group answered questions from the Périscope team.

Why did you choose the name of a Zombies album? What links you so strongly to this band ?

There was something very strong about this record. When you discover the cover, and this title, even before you hear the music you know that things are going to happen. And then come the songs, the explosion of colour in the arrangements, the writing that is both obvious and ultra-sophisticated but never bombastic. The voice of Blunstone (singer of The Zombies), the sound of the record which is magnificent! We kind of met with this album and even though the plan was not to imitate this music, for a band like us who wanted to explore the contours of the song format, this mysterious yet evocative record title stood out.

Your musical project seems to represent another conception of pop music. How do you work with this relationship between pop and scholarly music? What about this “experimental variety” to which you refer?

We were talking about the Zombies album and it’s true that the end of the 60s laid the foundations of a certain popular music that communicated with the research of the experimental avant-garde, and integrated elements of classical (or baroque) writing, it’s particularly visible in bands like White Noise or The United States of America, and in an even more mainstream register on certain Beatles albums, the Beach Boys…

This approach has lasted and gradually faded away so that today, the music business almost no longer relies on this type of approach, there is indie-underground music in which some bands are in an “experimental” research but most of the time without vocation to become hegemonic, and on the other hand “commercial” music where the purpose is to go directly to familiar ground to maximize adhesion (and profit).

I don’t know if you’re going to say anything about it, but I’m not.

Of course, we’re schematising, not everything is black and white, but it’s a trend and we want to move the cursor and reappropriate popular, mainstream music (hence the term “variety”) as a field open to experimentation, to research in sounds or composition.